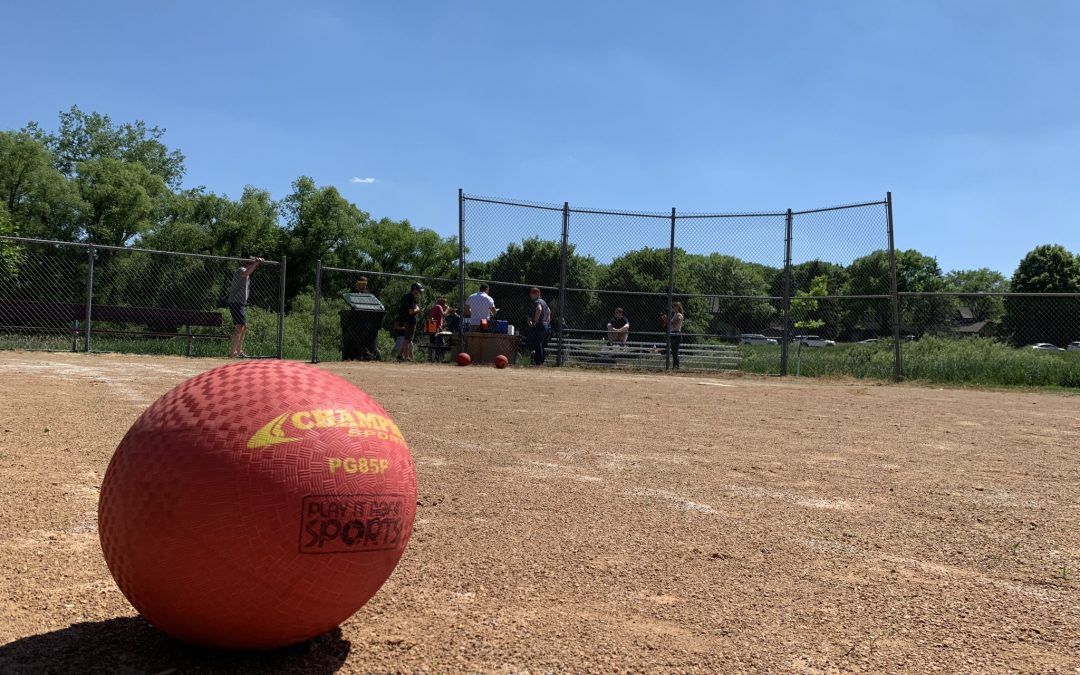 For 9 years now, Parallel has been holding an annual kickball tournament and this year was one for the record books.

The weather was hot and humid, the athletes were fiercely competitive, and the audience came ready to cheer on their teams. This year, we chose these teams based on an in-depth personality assessment our employees completed at the beginning of the year, assigning everyone a color: red, green, blue and yellow.

The “sunny” yellow personalities came out in droves, so they had their own team of six. Red, green and blue combined to make the other team of nine people.

Score-keeper Haley Strange kept tabs on each inning, of which five were played. Yellow came out strong, scoring several points and quickly shutting down team RGB; at one point not even allowing one kicker on base.

Team RGB fought back hard in the fourth inning, with kicker David Miller scoring a triple play and eventually getting 2 runs for the team, bringing the score 3 to 2, Team Yellow leading.

In the end, Team Yellow came through as the winners, scoring 6 more points to end the game 9-3. Perhaps Team RGB can come back ready to redeem themselves next year. We want to give a special Thank You to our sponsor, Graybar!